Give today Give monthly
10

Helping Veterans in Their Fight Against PTSD 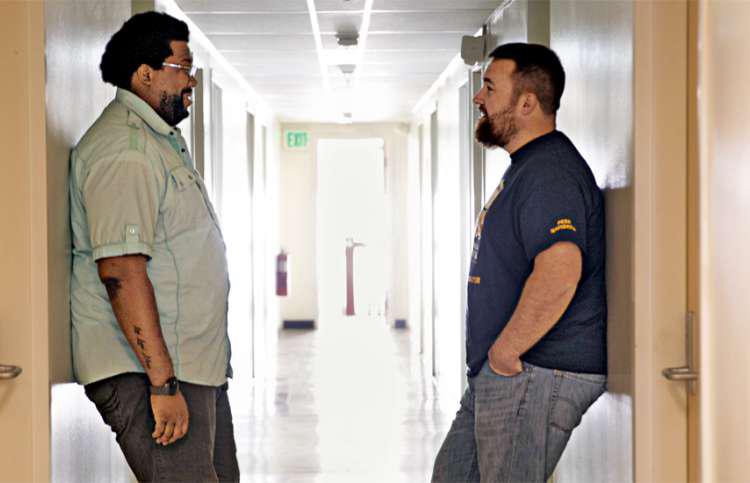 That's how many ex-servicemen and women Jim Zenner has helped get back on their feet since 2010.

But what makes Jim stand out to the veterans living at the Volunteers of America shelters in Los Angeles is that he's been right where they are.

Jim hit bottom one night in February 2009. He and his wife, Annie, were in the middle of another blowup in their L.A. apartment when there came an insistent knocking at the door, loud enough to be heard over their yelling.

They'd moved in just six months earlier with two sons (one was Jim's from a previous relationship). Already neighbors had called the police several times, alarmed by their fights. This time the police brought along a social worker with the Department of Children and Family Services.

"If one of you doesn't leave the home, we're taking the kids," she said. Jim was shocked. "I'll go," he said. That night he slept in his car. Lord, he thought, how did things get so bad? This wasn't how he had imagined life would be when he enlisted in the Army, in 2004.

"My dad volunteered for the Army when he was 18 and worked in an intelligence unit," Jim says. "He didn't talk much about it, but I was inspired by his service. I wanted to follow in his footsteps and get a college education too, through the GI Bill."

Jim was deployed to Iraq in 2006. Supporting combat operations meant going out on convoys and surveying terrain. The experiences he had there haunted him even after he came home, in 2007. He tried to move on, finishing his bachelor's degree in psychology and interning in a hospital psychiatric ward. What helped most of all was talking to his father.

"When I shared my experiences, my dad opened up too. It brought us even closer," says Jim. "I felt like I was doing okay. So I signed up for three years in the reserves."

His dad's unexpected death unmoored him. Jim and Annie and the kids moved to L.A. Jim started working on a master's in social work. But living in a new city wasn't a good change; it was a trigger for Jim's PTSD.

"I didn't do well with the 405 freeway," he says. "It reminded me of Iraq. I got flashbacks." Jim took out his depression and anger on Annie. "It was never physical but it got ugly," he says.

That night in February 2009 was the last straw. Jim woke up in his car the next morning knowing things had to change. He had to change. How could he hope to help others as a social worker if he couldn't even help himself? He moved into a hotel with his teenage son. A classmate connected him to the Veterans Administration.

VA shelters couldn't take in a father-and-son pair, but the VA got him therapy for his PTSD and led him to Volunteers of America Los Angeles, which bent its rules to house them in an apartment.

"It was such a relief not having to worry about where my son and I were going to sleep at night," says Jim. "Living at VOALA gave me space to think and pray about what I needed to do next." He and Annie separated. But little by little, the rest of Jim's life came back together. After seven months, he'd saved enough for an apartment.

That's when he got a call that took him by surprise. "VOALA asked if I would volunteer for them, working with other returning veterans," he says. He didn't hesitate. He gave veterans talks on managing civilian life. "Being able to help someone find a job or a place to live gave me a sense of purpose," he says.

A few months later, VOALA had another proposition: "They had a new project—a 48-bed facility for homeless veterans who had served in Iraq and Afghanistan—and asked if I wanted a full-time job as their program manager." He jumped right in, coordinating care for veterans and designing programs to help them readjust to society.

Jim is now the assistant director of clinical veteran services for Volunteers of America Los Angeles. "I collaborate with community partners, the VA and our staff to ensure that we provide the best opportunities for our returning veterans. My goal is to help them reach their full potential. I also supervise social-work interns, most of whom are veterans."

Jim connects to returning veterans by telling his story, which got even better in July 2012, when he and Annie got back together. "The years we were apart, we learned to communicate without anger," he says. "And we fell even more in love."

One veteran Jim talked to didn't quite trust that things would improve. "This guy was with us for two years. He was skeptical about school and against therapy. But I pushed him. He eventually tried therapy and finished his associate's degree. He's now studying anthropology and pre-law at an Ivy League school and wants to advocate for the homeless.

"'You were a huge part of my journey,' he told me. He's a part of mine too. I think Dad would be proud that I'm paying it forward."

Jim is more than a staffer to the veterans he helps. He's a giver of hope.