Give today Give monthly
11

Army Veteran Saved from Homelessness and Reunited with His Three Sons 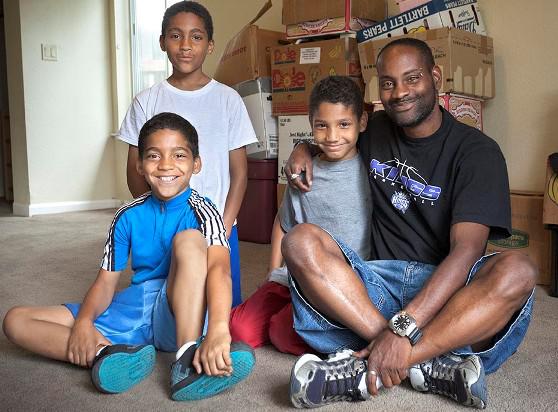 Dwayne served in the Army for eight years but his military career was sidelined when he suffered multiple strokes. Unable to work, Dwayne and his three sons faced a bleak future with limited options.

The kids were spared from the street thanks to their grandparents but Dwayne found himself in the midst of a crisis. He was sleeping in his car and he had almost given up when he found Volunteers of America Northern California and Northern Nevada. Within weeks, he turned his life around.

Dwayne received intensive case management and other support such as assistance in finding a home. "When I found Volunteers of America" Dwayne remembers, "I just felt a wave of relief. I was never going to have to sleep in my car again". Today Dwayne is caring for his three boys, he is employed in the food industry and he will be graduating soon from one of the world's leading culinary art institutes.

Thanks in part goes to The Home Depot Foundation. It is because of their funding that veterans like Dwayne are able to live comfortably with their loved ones in a safe environment that they so rightly deserve.

Next Chapter The Effect of Moral Injury: Bobby’s Story