Give today Give monthly
15

“Veterans do not live in their cars.” 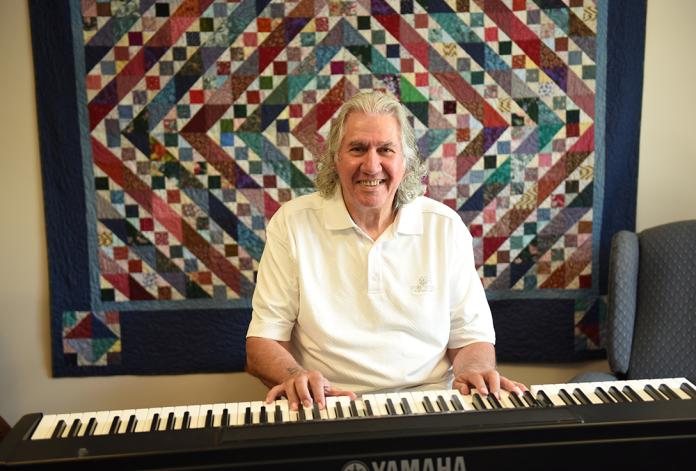 While Doug Stebbins' family's Steinway piano was finding a home at the Volunteers of America Paul Hazelton House, a homeless veteran named Bill Marinelli was putting his own instruments in storage, having no idea of what lay ahead. Living in his car, blind with cataracts, he survived one of the worse winters in Maine's history.

A friend found him one day and told him, "Veterans do not live in their cars."

Darby also introduced him to a Department of Veterans Affairs (VA) Homeless Veterans Liaison, who enrolled Marinelli in the VA Maine Healthcare System. Soon his cataracts were removed, his eyesight was restored and he could read music once more.

Once the Paul Hazelton House residents discovered that a musician was living less than two miles away, they invited Marinelli to come and play Stebbins' baby grand. While he seems to be able to play any request, however obscure, he also makes his own music. He plays an electronic keyboard at Huot House but, he says, it is a very different quality of sound than a real piano. "Pianos are stringed instruments," he explains, "And when you strike one key, the string it hits causes all the strings around it to vibrate, and they carry the note to a whole different place. One note is actually made of many notes."

Between songs, Marinelli talks about "this crazy life" and the gifts that have come his way. It's clear when he tells his story that helping hands showed up when he most needed them, but he does not wait for grace. Instead, he embodies it and shares his gifts with whoever comes his way. The "one note" made of many.