Give today Give monthly
5

"I can breathe again and I know I’m going to be okay.” 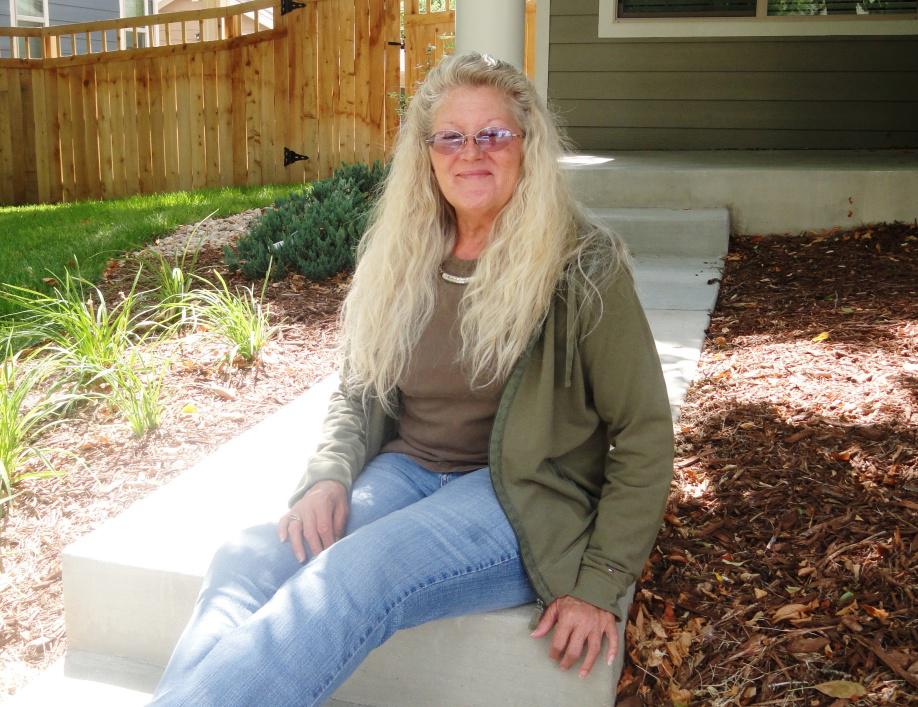 “I just want people to know about this place. How wonderful it is to have this support.”

At 59, Darlene is tough. She spent six years in the Air Force, one of the only women in her unit and one of the earliest women recognized as part of the United States Armed Forces. Darlene did everything right; she went to college, she got married, she had a family. She entered the Air Force after an early divorce and learned enough about computer applications that she was able to turn it into a civilian career.

Three years ago, Darlene was looking forward to retirement, living independently and enjoying being a Grandma. Then as the economy slowed she lost her job and the bottom fell out from under Darlene.

“They fired 500 of us,” she said. “Mostly people who were close to retirement, tenured and hard working.”

She was working for a company specializing in teaching customer service and computer applications to outside clients. After the 2008 stock disaster, the company struggled to stay afloat. Two years later, they had massive cuts and staff adjustments. For a while, Darlene was able to make ends meet. She had retirement and savings and she felt confident that she would be able to find a job. However, finding a computer applications position when you are in your late fifties isn’t easy.

After two years of struggling, Darlene found herself out of savings, homeless and spending her last bit of money to put her belongings in storage. Then she went to the Veterans Association (VA).

As a United States veteran, Darlene knew that help was available; she just didn’t know where to look or where to start. The VA put her in touch with Volunteers of America Colorado Branch's Brandon Center. The Brandon Center has allocated rooms and beds for female veterans. Darlene was able to get in to the Brandon Center as a single female veteran and eventually was moved to Clermont Commons. Soon after, some good news; she finally got a job at a large retailer, stocking boxes of frozen food in the walk-in freezer. It’s hard manual labor and a far cry from her white collar office position she had her entire life, but its work.

“I grew up in a very middle class family,” she says, looking down at her hands. “It wasn’t a hard childhood, but we were Norwegian. We didn’t talk about feelings and a lot of the time we had to push through it. It was stoic. I think that’s why I was able to push through challenges in the Air Force. I had to get through it, so I did. I have to get through this, so I am.”

The day Darlene put her things in storage, she says she took a death breath and tried to make the best of it. She decided that this was going to be a different journey and she needed to see where life was going to take her. Being in the Clermont Commons home, “is like exhaling. I can finally breathe, I can finally relax. I know that I’m on the right path and I love the support of the program and the ladies. If there is one thing I want people to know, it’s how wonderful this program is. I can breathe again, and I know I’m going to be okay.”

Volunteers of America is in the business of helping people “breathe again.” Our veteran programs align perfectly with our Founders' motto and our Mission Statement. “To go wherever we are needed and do whatever comes to hand. To serve the basic needs of the most vulnerable individuals and families within the community.” As our service men and women return to civilian life, many need our help. We will be here to serve those that served us.

Next Chapter “I was surprised they had a place like this for veterans.”