Give today Give monthly
6

“I was surprised they had a place like this for veterans.” 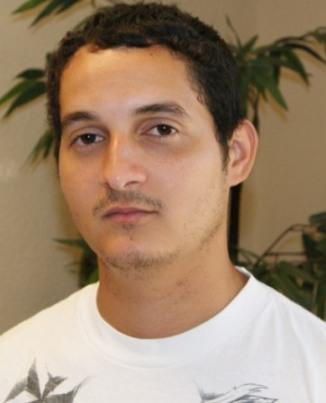 The Army was supposed to be Miguel’s ticket to college and a life better than the one his immigrant parents have known. Upon enlisting, he was assigned to the cavalry, and not long after basic training, the young man, who still has a boyish grin, was on his way to Iraq. He lost a few close friends, and the memories still haunt him.

“You expect it but you don’t know how to take it,” he said. “You always wonder if there’s something you could have done better.”

Upon leaving the Army, Miguel immediately returned to his plans to go to college. But he couldn’t focus and stopped caring. He considered taking his own life, but he reached out for help instead. The VA Hospital admitted him, diagnosed him with PTSD and sent him to the Volunteers of America North Louisiana's Transitional Living Program.

“I was surprised they had a place like this for veterans.”

The 56-bed program provides the basics of food, shelter and support, and physical and mental health needs are taken care of by the VA. As veterans progress, they move into apartments next door and then into the community. All clients are required to pay rent and either work, go to school or volunteer during the day.

“It helped me be more motivated,” Miguel said. “After I left the Army, I was basically on my own.”

Miguel is typical of the veterans served by the program. Many also tried to self-medicate on returning home and now have addiction and sometimes legal issues to work through. On any given day in northwest Louisiana, about 100 veterans are homeless.

“When we heard about the need, we could not turn away,” CEO Chuck Meehan said. “These men and women have given so much of their lives for us, and we are privileged to serve them.”

Since the Transitional Living Program opened in 2010, more than 100 vets have moved through to independence. The city as a whole has seen a 55 percent decrease in the number of homeless veterans, in that time, according to the latest point in time survey conducted by local homeless service organizations.

Shreveport City Councilman Oliver Jenkins toured the program and complimented the “great facility” and “very impressive staff.” Since the city is also home to Barksdale Air Force Base, he sees the program as a critical part of a relationship with the military. “We owe them a great deal and as a community we need to not only enjoy the economic benefits that a base provides but also provide for their well-being,” he said.

The program is largely funded by the US Department of Veteran Affairs, but community funding is needed to help bridge the gap especially for capital improvements. Over the past two years, the Home Depot Foundation has contributed $55,000 to improving the Transitional Living Facility. Upgrades included solar panels and energy efficient windows, landscaping and a new patio. The measures for energy efficiency led to cost savings that have been reinvested in the program, while the landscaping created a more serene environment as they recover. Store volunteers also gave about 270 man hours working with the veterans to build the patio. The covered area allows the veterans to have outside events all year.

“The Home Depot not only provided money for our Veterans but also a tangible sense of caring for those who served us,” said Gary Jaynes, director of veteran services for Volunteers of America.

After a few months in the program, Miguel still needed special treatment for PTSD at a facility in Texas. After that, he came back to Volunteers of America and graduated from the program. Miguel now works at Hope House, and was recently selected for the The Fuller Center for Housing’s veterans build. By the end of the summer, he will be a homeowner. Someday, he still wants to finish college.