Give today Give monthly
7 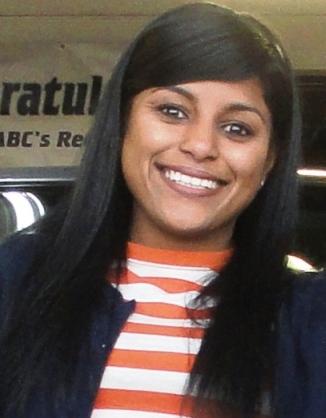 Jane, a current resident of Volunteers of America Colorado Branch’s Clermont Commons, a Transitional Housing Program for homeless women veterans, is not only a single mother but a full time student. Jane, who is from the Fiji Islands, came to the United States in 2005. After struggling to find employment, she decided to join the United States Army. She deployed to Iraq in 2007, shortly after giving birth to her son.

After moving to Colorado to further her education, she unfortunately lost her home because of financial difficulties and found herself at the Brandon Center, an Emergency Housing Program for women and children in crisis. She stayed at the Brandon Center for eight months. Jane made great progress toward self-suffiency and as a result moved to Clermont Commons to continue her progress in a beautiful new home with her son. Jane and her son share the home with another formerly homeless women veteran and her daughter.

Jane has now been at Clermont Commons for a few short months and is continuing to thrive in the Women’s Veterans Program. Not only has the program benefited her in ways that she can’t describe, but the house in particular has made it possible for her to show her son some sort of normalcy amongst the chaos that was their lives. The house enables her to maintain a peace of mind as she attempts to work through her issues with Post Traumatic Stress Disorder (PTSD), which she was diagnosed with shortly after her deployment to Iraq. The house is just a few short blocks from the Veterans Affairs hospital, where she receives all of her care, and about eight blocks from her son’s school. It is a perfect location for her to get the help that she needs and work on her goals all while she gets back on her feet.

Jane is continuing school here in Denver with the hope of graduating with a Bachelor of Arts degree in History in 2014. She also just began working with the Compensated Work Therapy program (CWT) to find a part time job that will work around not only school but also her PTSD. If not for Clermont Commons, none of this would be possible. She is extremely appreciative of this great opportunity to provide a life and an outlook for herself and her son that gives her immense hope for the future.

Jane’s success would not have been possible without the generous support of The Home Depot Foundation.

“The Home Depot Foundation, through its work with Volunteers of America Colorado, not only provided the funds that helped leverage additional dollars for our construction project. By also providing materials and supplies through the gift cards as well as Team Home Depot volunteers, their contribution becomes one of the most impactful. On behalf of the many Veterans and their families to be served as a result, we are exceedingly grateful.” - Lindi Sinton, Director of Residential, Youth and Emergency Service, Volunteers of America Colorado Branch.

Next Chapter Paying It Forward - A Veteran's Story